The BMW E90 is the 5th generation of the BMW 3 Series. It was presented at the Geneva Motor Show in the spring of 2005 as the successor to the E46, and it was produced by BMW until October 2013. It’s available as a sedan, touring, coupe, and coupe cabriolet. The E90 quickly became BMW's best-selling automobile worldwide, and by the end of its first year, 229,900 vehicles had been delivered. It’s a very flexible car that offers various performance levels. These cars deserve appreciation in every aspect, like the interior, engines, performance, and economy. ...

After its predecessor (the E46) was so successful, the BMW E90 had big shoes to fill. After its release in December 2004, the E90 quickly became BMW’s biggest seller. This beloved, special car deserves the highest quality suspension—Super Low air suspension.

Utilizing our USA-made low volume air springs for both the front and rear suspension and proprietary 6061 billet spring components, the Super Low Air Suspension Kit is fine-tuned for perfection. Motorsport-grade spherical bearings connect you with the road, and every click of our 32-way adjustable monotube dampers yields a distinct change in damping force, allowing you the most adjustable possible for your personal driving preferences.

Keep in mind, you can adjust the threaded height of your kit to your liking to change driving spring rate and max lift capability. These photos illustrate suspension travel using our recommended settings. We configure every Super Low to our recommended settings during assembly so you can install with confidence knowing you’ll have a great ride quality right out of the box. 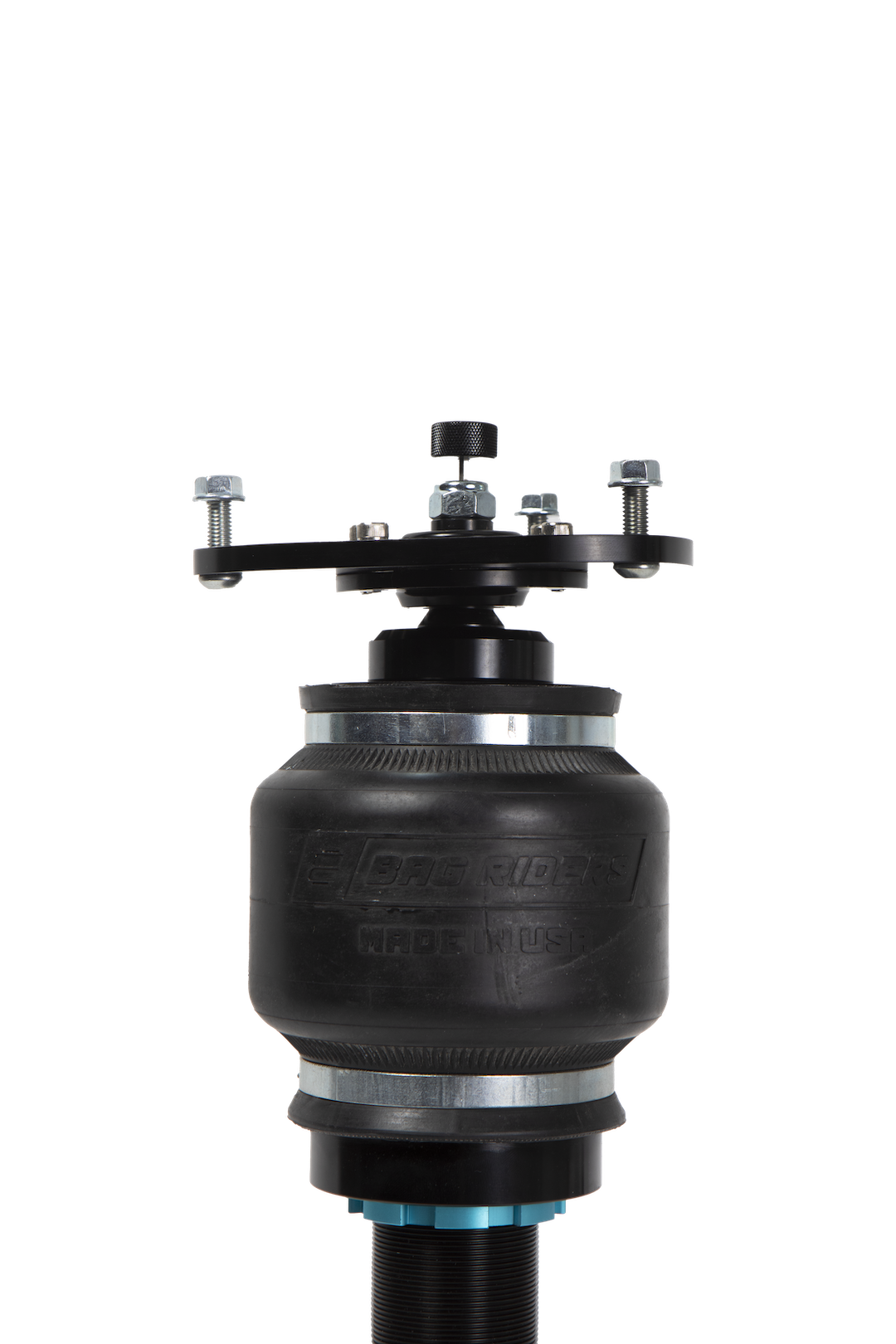 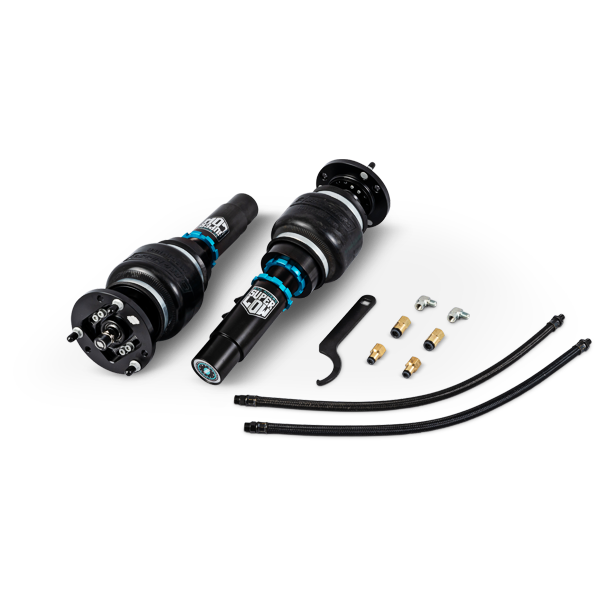 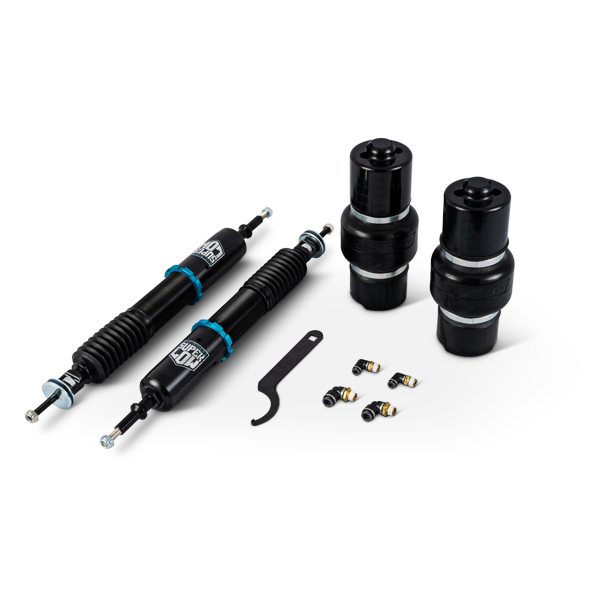 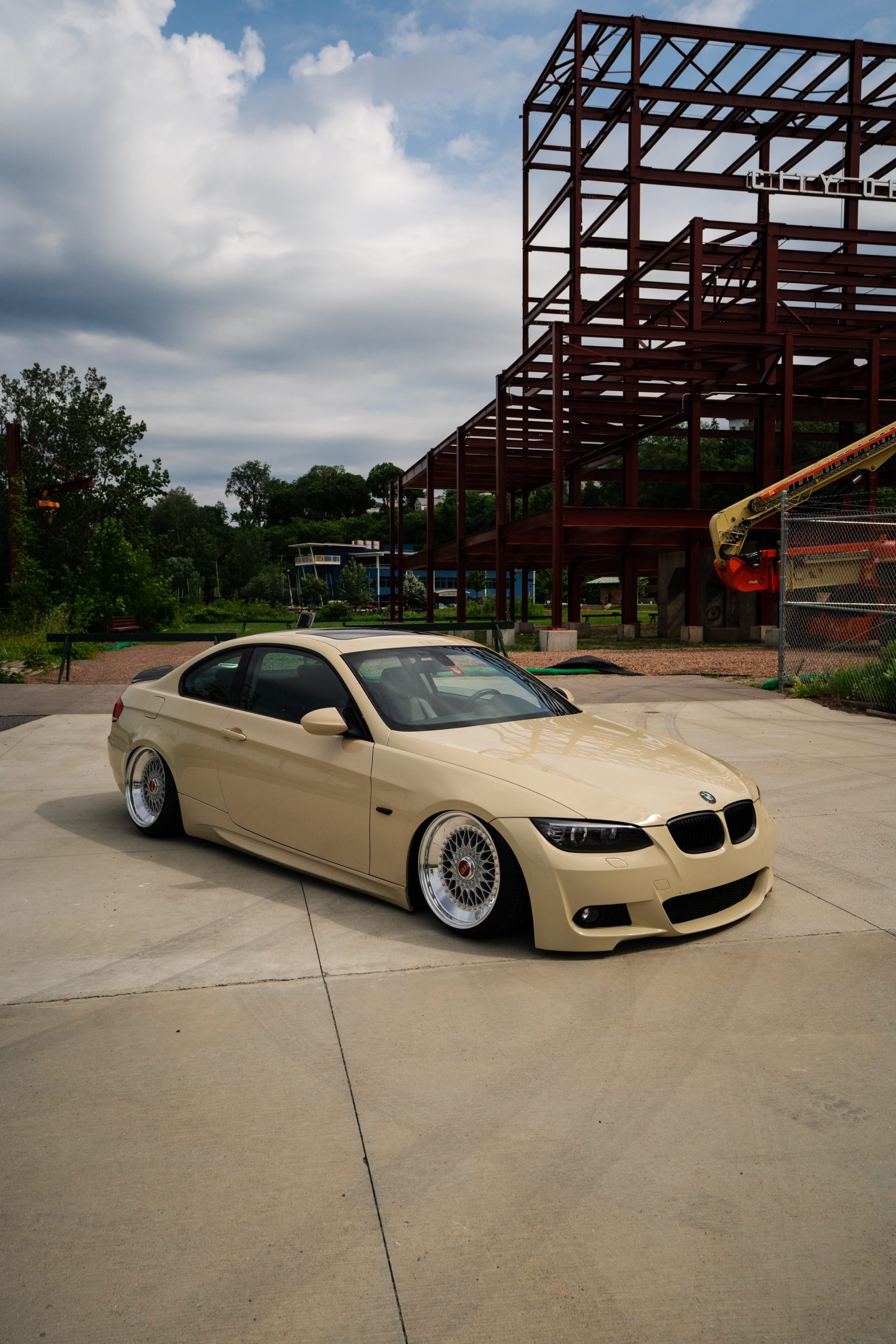 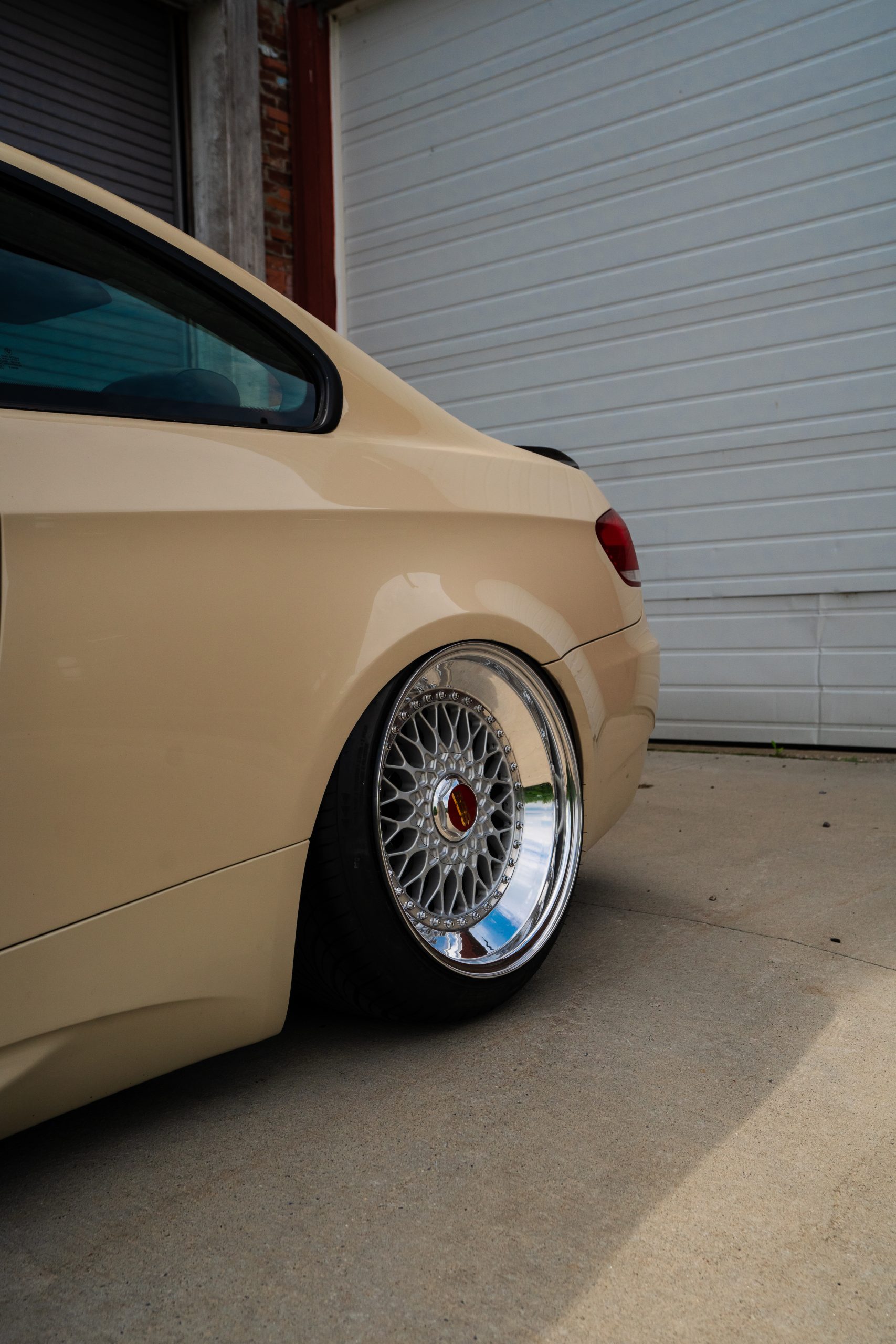 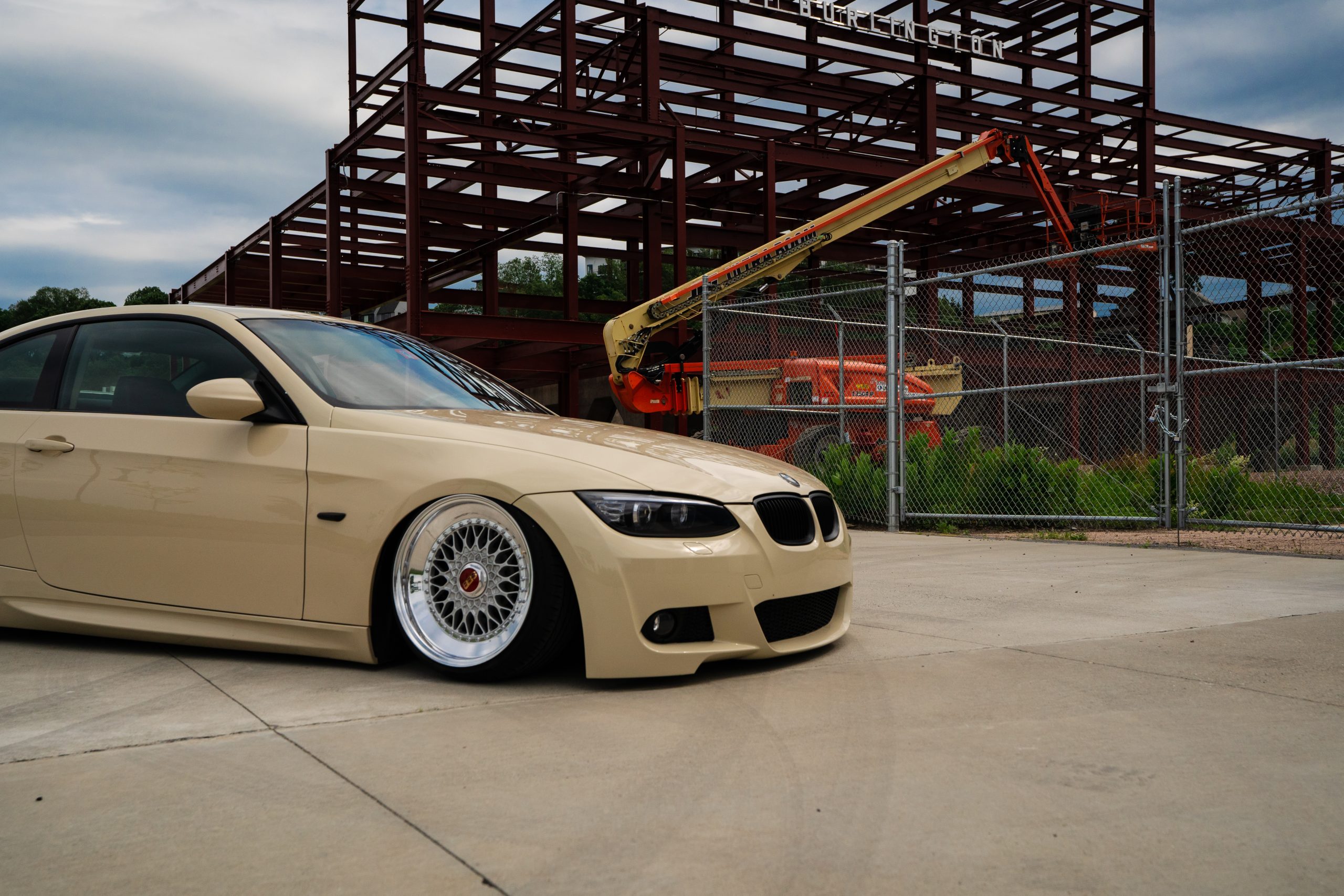 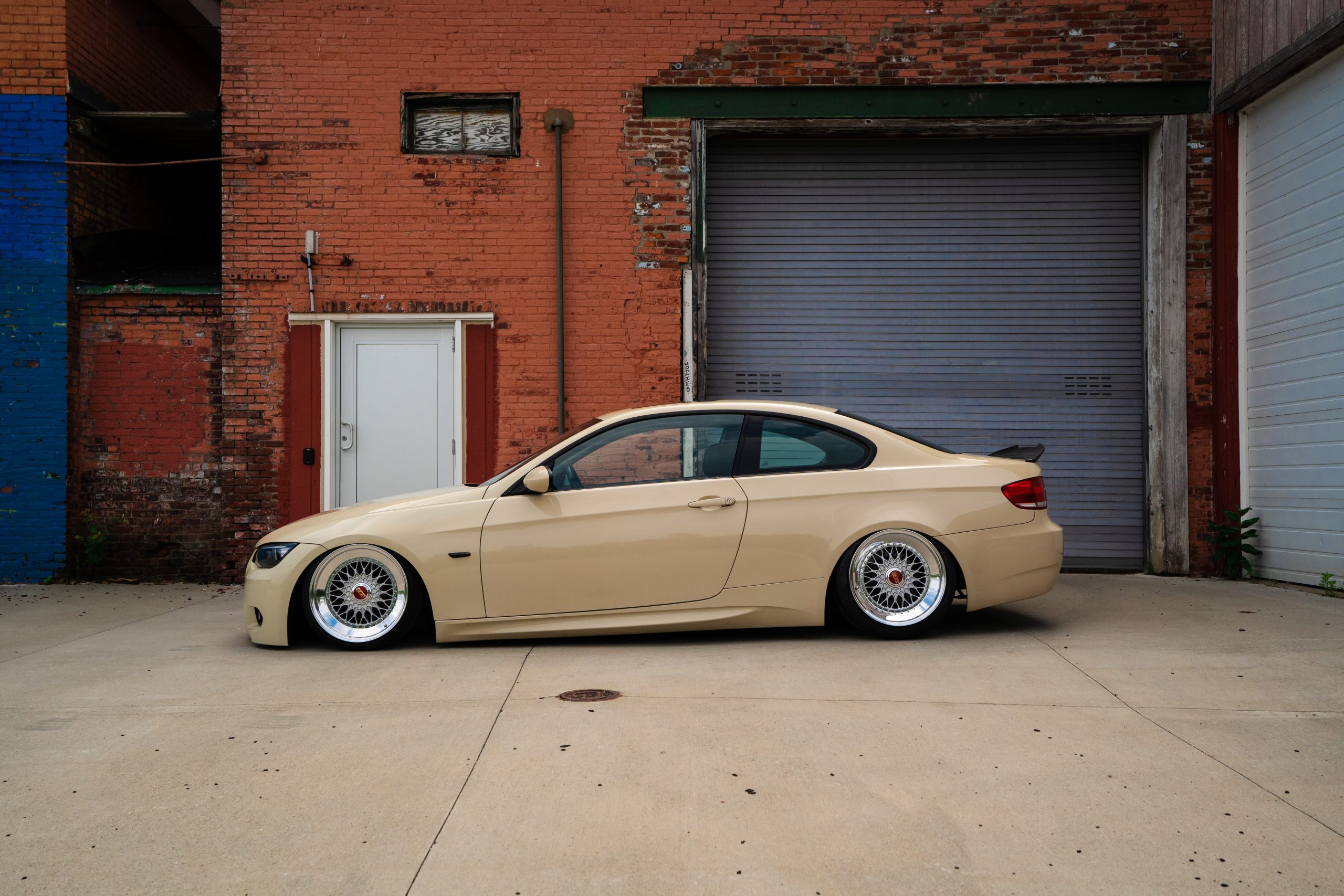 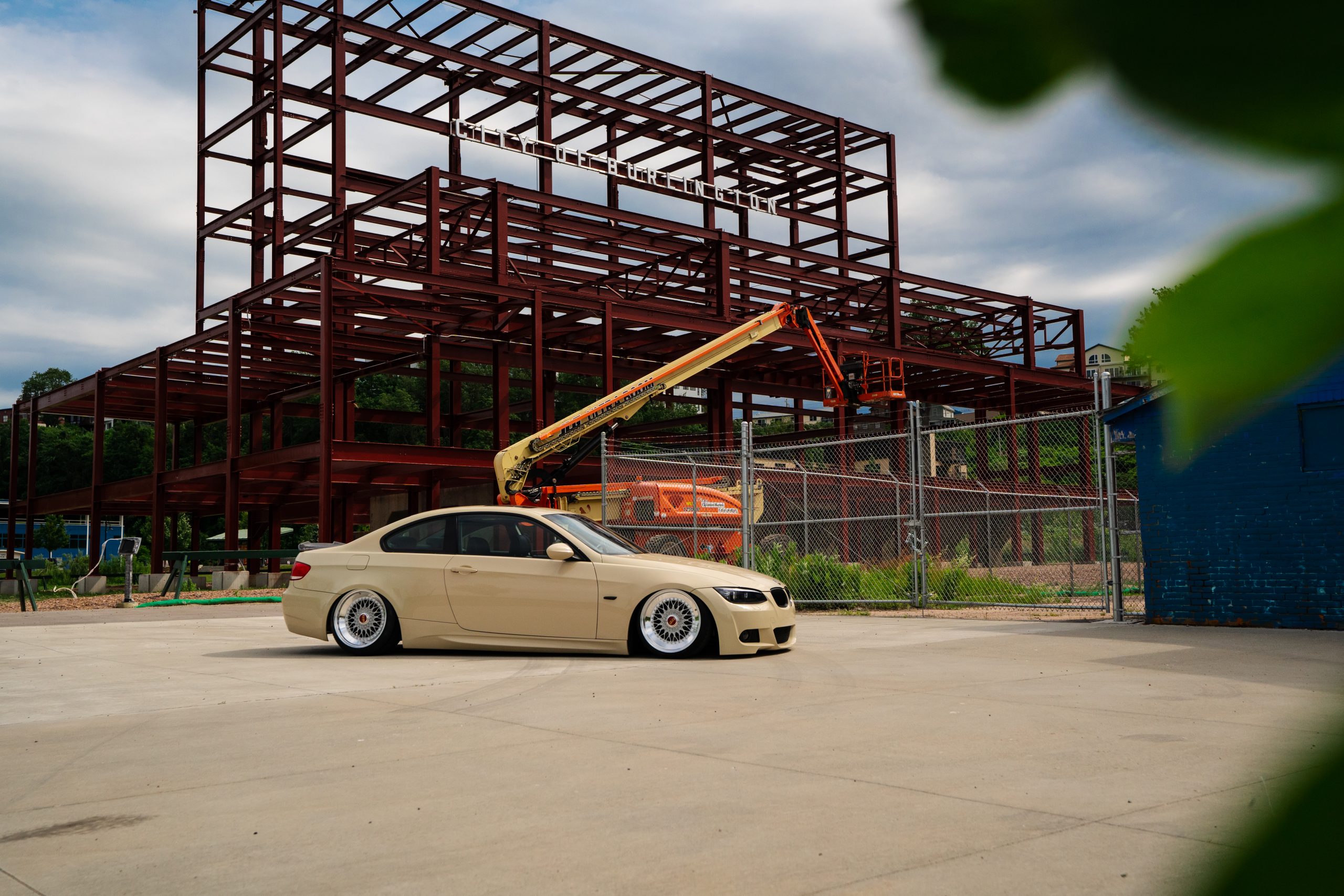